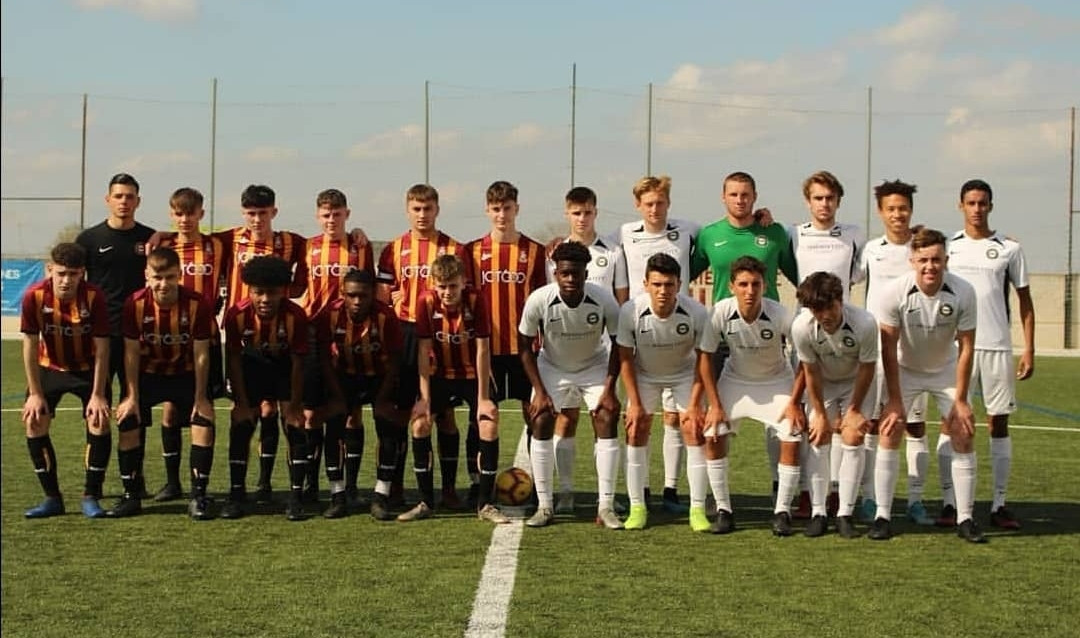 As we begin the second term of the academic year here in England, our UK Football Schools team are very excited about the upcoming action-packed fixture schedules of our top football academy boarding schools in England.

One of our best football schools recently travelled to Manchester to face Man City’s academy teams at the Etihad campus. It was an amazing opportunity for the players and the school to face one of the biggest teams in the world in their back yard. The school took their U14 and U16 sides and ran out winners in both matches. This is an incredible achievement, and really highlights the quality of football on offer at these top English football boarding schools.

Some of the other exciting games our top private schools in England for football have played include teams such as: Huddersfield Town, Wolves, Chesterfield, Derby County, Northampton Town and Boston United. The best schools for football in the UK play a wide variety of games against opposition from the Premier League right down through the football pyramid to non-league and semi-professional. The reason behind this is to offer to the players an extensive variety of scouting exposure. Yes, occasionally a player may be good enough to go straight in with a Premier League club, but realistically, other players may initially be looking at playing for English Football League or semi pro clubs. These games also offer an excellent insight for players from these top football boarding schools in England to see the different standards of coaching, facilities, and progression routes throughout the professional football system in England.

We’ve had an exciting year already, with players progressing to trials and signing on with different pro clubs across Europe. This has come through a combination of the development programmes on offer at the top football boarding schools in England and the exposure opportunities from these showcase games. We have seen players from our football schools sign with clubs in LigaPro in Portugal, Pro League in Belgium, EFL League One in England, the Finnish 1st Division and MLS in America.

As the best school for football in the UK enter the most important months of the season, our schools are sitting nicely in the ISFA and ESFA competitions. These national competitions are a great way to compete to be ‘the best football boarding school in England’, and as the schools enter the later rounds, scouts and clubs tend to regard these as an opportunity to look at some of the best schoolboy and schoolgirl players in the country. A combination of these cup competitions and the external showcase games mean that more and more players will get trial opportunities, not just in the UK, but in other parts of the world as well.

If you would like to speak with us directly about the best football academy boarding schools in England, please contact us on info@ukfootballschools.com or register on our homepage for a free consultation call.