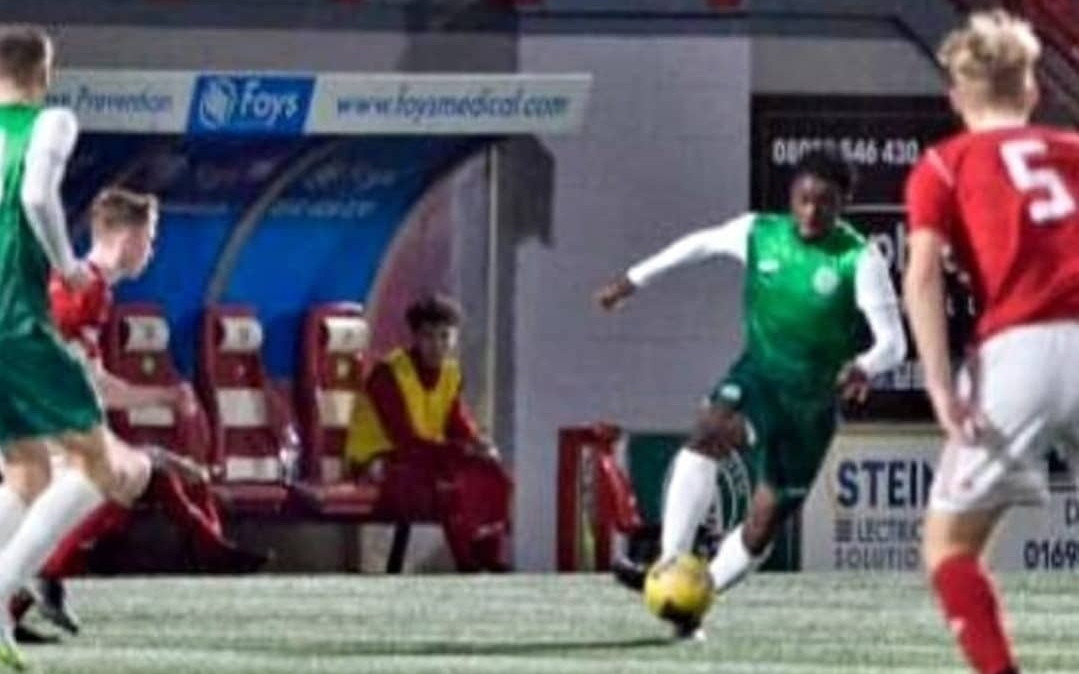 Kanayo has been a UK Football Schools player since 2019 and joined one of our recommended football boarding schools in England after leaving another private school in the UK. Kanayo moved to further his football opportunities and quickly was picked up for several EFL club trials with teams across the Championship, League One and League Two within the first couple of months of joining the school.

During Kanayo’s time at the football boarding school in England he has excelled in his academics, as he has been in a small school with less than 300 students, he took advantage of the small class sizes to achieve excellent GCSE grades but with over 100 footballers he had the chance to develop alongside likeminded players who had come from strong footballing backgrounds from all over the world. One of Kanayo’s former teammates had been listed in a UK national newspaper’s top 60 wonderkids of the next generation, a fantastic achievement for the school as the other listed players are at the likes of Manchester United, Chelsea, Real Madrid, Bayern Munich, PSG, Juventus and shows the high-quality programme on offer to players. The football boarding school in England has had a rich history of producing professional footballers, in the past couple of years they’ve had players sign for Premier League, Bundesliga and La Liga teams, they have several national team representatives which has seen players play in Qatar 2022 World Cup Qualifiers, U20s World Cup and European Qualifiers.

Kanayo has been an integral part of the team which has won the Independent Schools Football Association National Cup and the English Schools Football Association National Cup, making them the best football school in England. These cups are highly competitive and are entered by the top UK football schools, to win both has been a big highlight and offers fantastic visibility to professional clubs across the country.

This summer Kanayo was invited in for an extended trial at Hibernian FC (Hibs) of the Scottish Premier League, after a successful spell on trial he has gone onto sign a two-year professional contract with the club. Kanayo has already played against the likes of Rangers and Celtic where he has settled down well into professional club environment.

As a team here at UK Football Schools we are delighted for Kanayo, and we would like to congratulate him on the hard work and dedication he has put into getting where he has today whilst being at one of the UK’s best boarding schools for football. Kanayo has a big couple of years ahead but is in a great club and we are excited to see his progression over this time, our UK Football Schools team would like to wish you all the best on signing with Hibs!