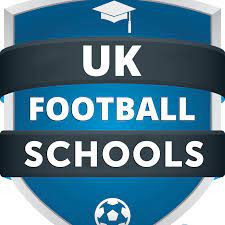 UK Football Schools player Kaspar has had a lot of success in his three years with us, Kaspar and his dad reached out to us in 2019 looking to find the best football boarding schools in the UK where he could train full time, develop in an environment similar to being in a professional club and receive a high level of exposure to professional clubs across the UK and Europe. However, it was also important to Kaspar he could complete his academic qualifications in one of these UK football boarding schools so he had the qualifications to go to a top football university as his plan B.

Kaspar visited the UK with his Dad where he met the UK Football Schools team, he visited two of the best football boarding schools in the UK where he had tours of the facilities, met with academic staff and took part in training sessions to get a true feeling of the schools.

In September 2019 Kaspar started in one of the best soccer schools in Europe, he quickly found his feet and caught the eye of the Estonian national team staff who called him up to the Estonian National youth team. During the school year Kaspar and the school continued to live up to be one of the best football boarding schools in the UK as they went on an excellent cup run, two years in a row the U16s won national tournaments and the U19s reached semi-finals of various cups.

Kaspar graduated in 2021 finishing his A Levels at the UK football boarding school, he received a number of offers to join top football universities in the UK as well as a number of offers to join the best soccer schools in Europe, after speaking with our team we helped Kaspar make the move to Spain where he decided to take a football gap year in a top European football academy, this allowed him to take a break between high school education in a top football boarding school in the UK and going straight into doing a degree in a top UK football university. Over the course of his football gap year Kaspar has played showcase games against the likes of Barcelona at the La Masia Academy, Atletico Madrid and PSG.

After representing the best European football academy in the game against PSG Kaspar received some incredible news, after impressing the PSG coaching team he was invited in on a week trial this Spring, he had some training sessions with PSG’s U23s and also played in a friendly game, Kaspar is hoping to hear some news in the coming couple of weeks and we wish him the best of luck with the decision.

We wish Kaspar the best of luck with the rest of the season and can’t wait to see his future development.

If you are a footballer looking to further your football development, whether that is joining one of the best soccer schools in Europe for a football gap year, a top football boarding school in the UK or joining one of the top football universities, register for more information on the homepage www.ukfootballschools.com or email our team on info@ukfootballschools.com to discuss some of the available options to you.